DAC involves capturing CO2 from the atmosphere. This can be done using either a liquid solvent or solid sorbent to absorb carbon. Once captured, this carbon is released through heating and can be either compressed and stored permanently underground for negative net emissions. Alternatively it can be used to manufacture plastics or concrete, or to make fuel.

The promise of DAC

According to the latest UN Intergovernmental Panel on Climate Change (IPCC) report, DAC is one of three key carbon capture, utilization, and storage (CCUS) methods with a role to play in the path to net-zero emissions. It suggests that, in the scenario in which global warming is limited to 2°C, DAC could capture 29 GtCO2 between 2020 and 2100. DAC has some advantages over other promising CCUS methods, thanks to its limited land and water footprint and flexibility in location, eliminating the need for long-distance transportation of captured CO2.

The International Energy Agency (IEA) has also endorsed DAC, which it says plays “an important and growing role in net-zero pathways”. Its Net Zero Emissions by 2050 scenario involves scaling up DAC to capture more than 980 MtCO2 annually by 2050. 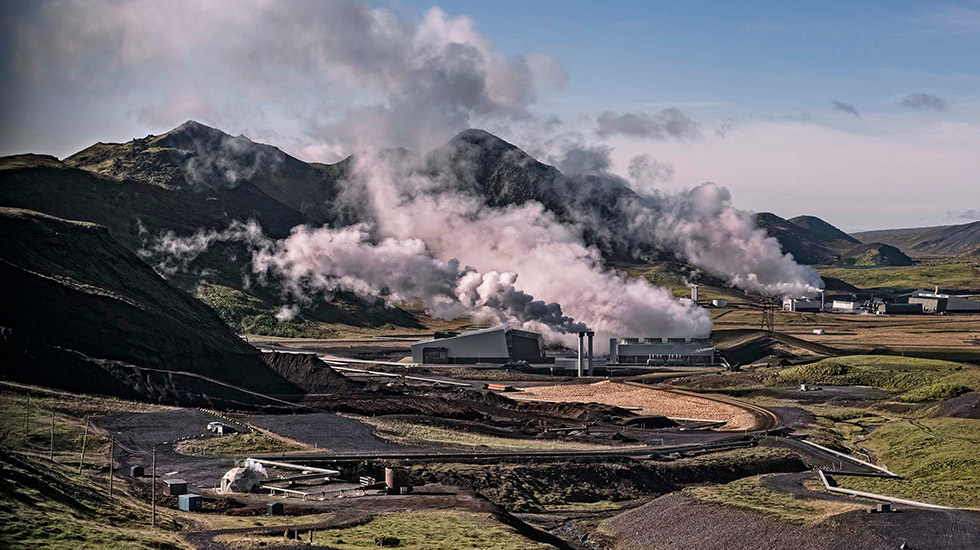 The challenge of scale

There are just 19 DAC plants in operation today, capturing 0.01MtCO2 annually, mainly for use in the food and beverage industry. Larger plants are on the way, with one DAC plant that could capture up to 1MtCO2 annually predicted to start operating in Norway in 2024. But with the IEA’s Net Zero Scenario calling for an average of 32 large-scale plants (1 MtCO2/year each) to be built each year between now and 2050, we’re not moving quickly enough.

One problem is cost. At present, both liquid and solid DAC are unfeasibly expensive and energy intensive compared with other CCUS approaches. On a scale of 1 to 9, DAC is currently categorized at technology readiness level 6 — the large-scale prototype phase — meaning it’s not yet ready for full commercial operations. Its future cost is uncertain, but in favorable locations with high renewable energy potential and strong investment, costs could fall below USD$100 per ton by 2030.

After decades of underinvestment, recent years have seen a surge in funding. In 2020, government and industry committed almost USD$4bn towards DAC. Corporations such as Microsoft, Stripe, and United Airlines have invested in early projects and start-ups like Canada-based Carbon Engineering Ltd and Switzerland-based Climeworks AG have each raised more than USD$100m.

Many start-ups are offering the promise of efficient, cost-effective DAC. Pasadena-based CarbonCapture recently secured USD$35m in Series A funding to develop DAC technology using zeolites: inexpensive catalysts already produced on an industrial scale. Zeolites have so far been dismissed as a tool for DAC as they absorb water along with CO2 – but CarbonCapture has reportedly found an efficient means of extracting water.

It’s not the only one. Massachusetts-based start-up Verdox is developing a technology, first conceived at MIT, which uses only electricity to capture and release CO2, potentially reducing energy consumption by 70 percent. Investors, including Bill Gates-led Breakthrough Energy Ventures, have committed USD$80m to the project.

For all its promise, DAC remains expensive and unproven at scale. The present momentum in DAC investment must be maintained to support large-scale demonstrations for reducing costs, improving energy efficiency, and assessing performance under a range of climatic conditions such as in very arid or humid air.

In the past two years, there has been a surge in public and private investment in R&D efforts. For DAC to fulfil its potential, there is a need for sustained investment across the supply chain and establishment of a robust certification framework to support purchase of carbon removed by DAC.