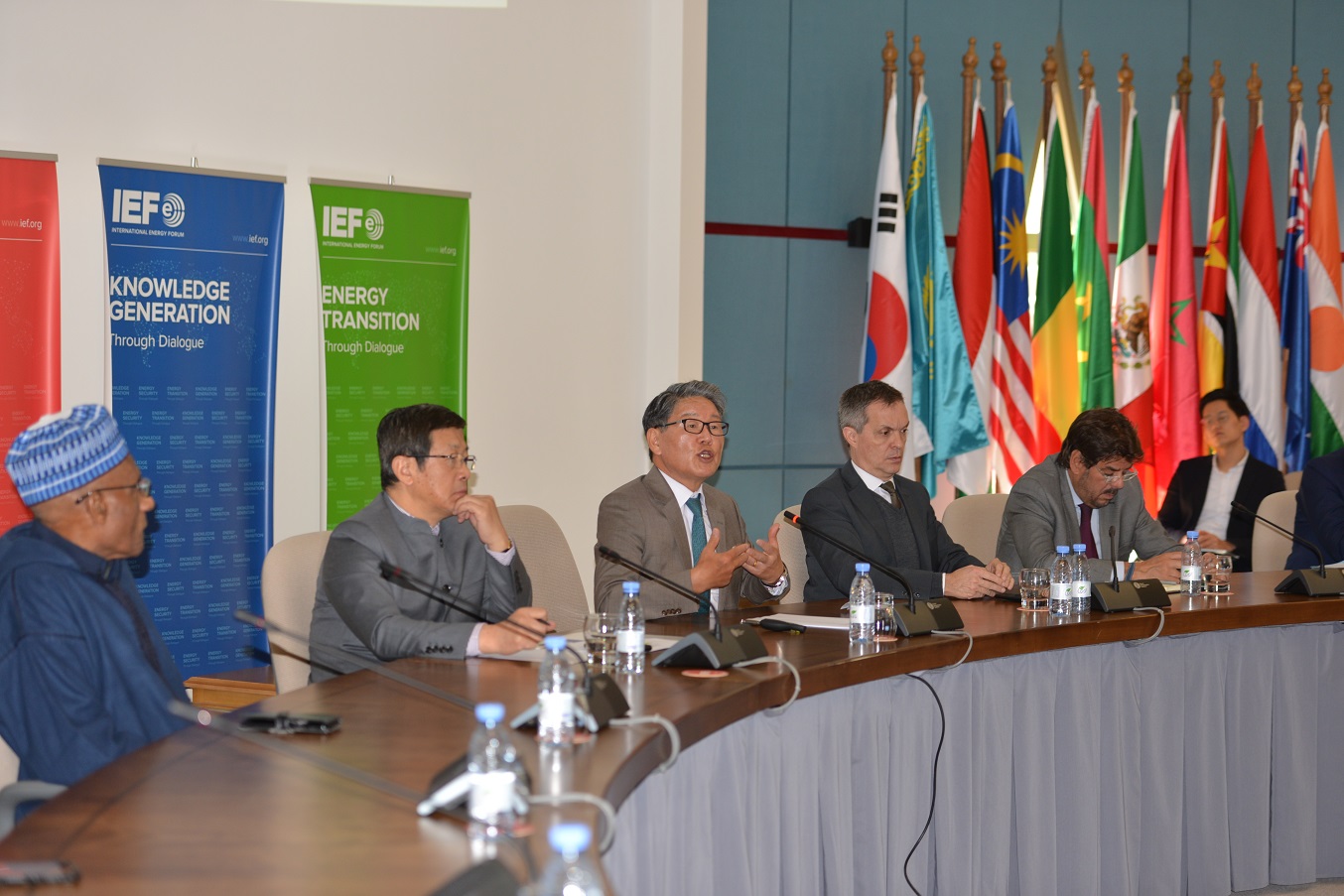 Dr Sun Xiansheng, IEF Secretary General, welcomed Mr Joe M Kang, President of the International Gas Union on 8 January, 2020 at the IEF headquarters to present his organisation’s views on the state of the global gas market. Entitled “The State of the Industry Global Gas Report 2019,” the presentation discussed IGU’s perspectives on the growth of natural gas and future prospects.

Mr Kang highlighted the role of natural gas in providing energy security, ensuring affordability, and facilitating sustainability. In 2018 alone, natural gas production increased by almost 5 percent and pipeline and LNG trade increased by 4 percent due to greater pipeline capacity additions and increased LNG infrastructure. Together, these developments have provided countries with greater import and export optionality and are indicative of the role natural gas will play in the future in maintaining energy security over the long-term. To achieve this shared goal, continued investment in gas infrastructure will be critical to sustaining growth, providing inclusive access, and enabling orderly energy transitions.

Lower natural gas prices are a key driver of natural gas demand growth. An average decrease of about two dollars at key global natural gas hubs in 2018 has made natural gas a more affordable fuel choice amongst energy consumers. As non-OECD energy markets such as China and India seek to reduce urban pollution, natural gas will increase its competitiveness as a cleaner fuel while providing a balance between both pricing and environmental concerns. Achieving such a balance will contribute towards enhancing energy security and orderly energy transitions. Mr Kang also noted that these efforts must be accompanied by measures from both industry and governments to reduce methane emissions and maximise the sustainability benefits of natural gas.

Looking forward, natural gas is set to increase its share in the energy mix by 2040. Currently at 22.7 percent according to the IGU, natural gas will see its percentage rise anywhere from 23-26 percent by 2040 according to major outlooks. Even under a rapid transition scenario, natural gas can see an increase up to 27 percent in the energy mix due to the forecasted reduction of coal. At approximately 650 trillion cubic meters globally, the sheer availability of natural gas is a boon for energy security. However, its future growth potential will continue to depend on its affordability, investment in infrastructure, rising technology potential as a sustainable fuel, and government policies promoting its use.